Online personalities have tremendous influence on the purchasing decisions of buyers, especially younger ones. Here is what you need to know to get started.

When was the last time you made a purchasing decision based on a recommendation of a friend — or even comments online by complete strangers?

The sober reality is that social media is driving more and more buying decisions. In particular, the younger generation of consumers are influenced not only by their friends but also online personalities the admire and trust.

Armed with mobile phones, youthful exuberance and untamed imaginations, many social media influencers represent a paradigm shift in marketing, one in which a 140-character post, a colorful Instagram photo or a short YouTube video can be one of the most powerful promotional tools for brands.

But not all social media influencers are the same.

indaHash, an online platform that enables brands big and small to reach millions of digital influencers instantly, conducted a study with over 2,200 social media influencers to find out just what makes a good strategy for engagement. These are the highlights that businesses and brands should pay particular close attention.

Influencers see their roles as professions.

Money is not goal.

In the end, engaging with social media influencers is a very smart strategy that can yield tremendous return — but just like any marketing plan, selecting the wrong personalities can be a waste of money and ultimately hurt your brand. Choose wisely.

Do you have experience working with online influencers? Please share your experience and tips with other readers in the comments below.

This article originally appeared at Inc. 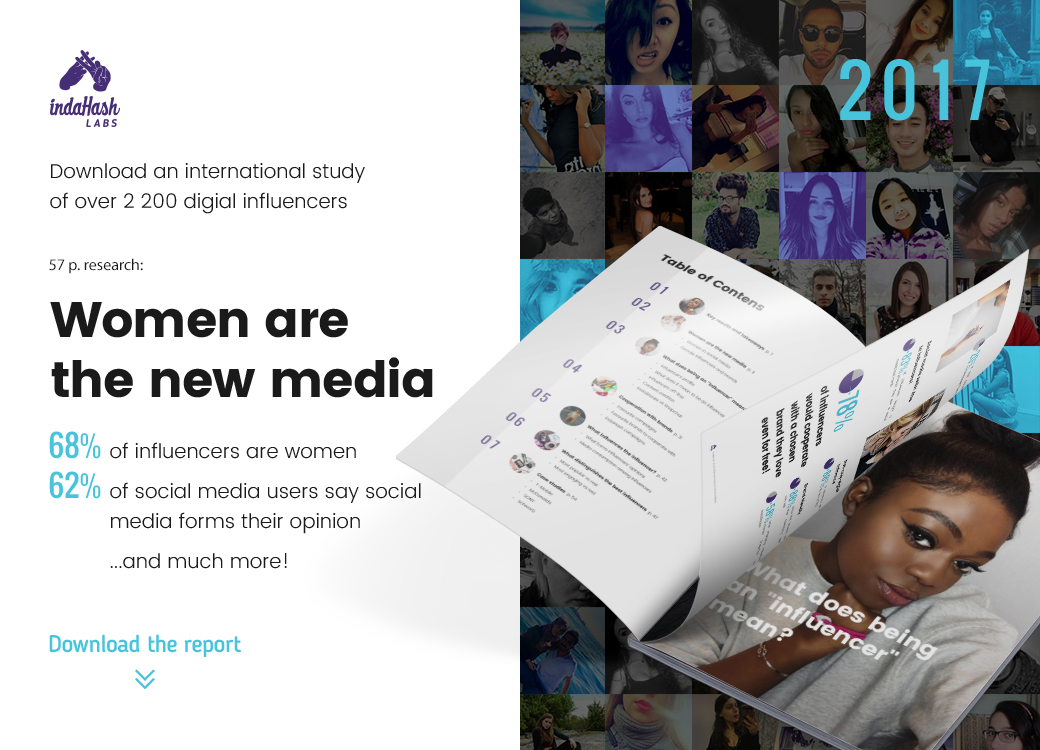 May 22, 2017
International study on influencers reveals that women are on route to dictate social media trends
Hello and welcome to the first indaHash International Influencer Report We believe research makes a valuable contribution to our...
Read more 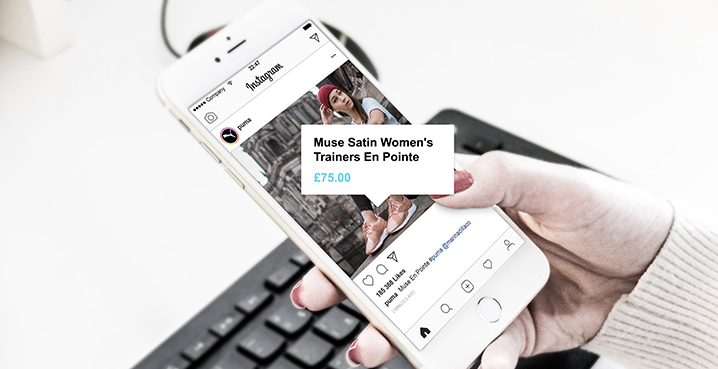 June 13, 2018
Will Instagram Become The Next Major E-commerce Marketplace?
The platform’s shoppable links function is evolving with new native payment feature slowing rolling out, which can mean big...
Read more
Subscribe
to our
newsletter
indaHash Labs newsletter
Most popular
The Meghan Markle movement [infographic]
A woman who will never become queen and whose husband is the furthest from the throne, Meghan Markle has stolen many hearts...
Expert zone
indaHash 2018 Summary!
Dear Community, indaHash is proud to present our yearly summary for 2018! This year we’ve experienced WORLDWIDE growth...
News
ALWAYS #LikeAGirl | Video Case Study
Women empowerment is a big thing right now, don't you agree Check out our Always #LikeAGirl Case Study where we asked...
Case studies
Subscribe to Our Blog
Your e-mail was added successfully!
You have already subscribed to our list, thanks!
E-mail address is not correct...
Server error, please try again later...
Download indaHash App
You can download our app from the App Store and Google Play

Find us
Our picks
The Influence of Valentines Day
Are Influencers Spending Money on Valentine’s Day 84% Say Yes! An international study of over 1000 influencers has...
Expert zone
5 steps to improve your collaboration skills with brands
Which brands should you choose to collaborate with How frequently should you take on their offers And most importantly - how...
Influencer
7 easy steps to become a professional Influencer
Hey you! Wanna become a professional Influencer Here’s are some simple tips so you can live like you want to and make real...
Expert zone